The Homoeopathic Materia Medica is a very fascinating and yet an exasperating subject. Its simplicity, its vastness and its apparent similarity of symptoms in different drugs throw a tremendous challenge to the beginners. Kent said that there is no royal road to a perfect understanding of Materia Medica. It is at its worst a tedious drudgery. One can realize its vast extent by reading 138 printed pages on Sulphur in the Encyclopaedia or 90 pages on Lachesis of Heringâ€™s Guiding Symptoms. It requires tremendous study, experience and insight to see some order in the maze of such a collection of symptoms. Our Materia Medica is a record of actual occurrences, of events that really took place, of the results that were unquestionably produced upon healthy subjects.

ABOUT THE AUTHOR James Tayler Kent

James Tyler Kent, A.M., Chicago, Illinois, Professor of Meteria Medica in Hahnemann Medical College, Chicago physician and author of several valuable medical works, is a native of the town of Woodhull, Steuben country, New York, born in 1849, son of Stephen Kent and Caroline Tyler, his wife. His elementary and secondary education was acquired in Franklin Academy, Prattsburg, and his higher education in Madison (now Colgate) University, Hamilton, New York, where he came to his degree, Ph.B., in 1868; A.M., 1870. He was educated in medicine in the Eclectic Medical Institute, Cincinnati, Ohio, graduating there in 1871, and the Homoeopathic Medical College of Missouri, St. Louis, where he was awarded the diploma of that institution in 1889. Dr. Kent began his professional career in St. Louis as a Physician of the eclectic school at the same time being actively connected with several eclectic journals in the capacity of writer and also took an earnest part in the councils of the Eclectic National College, St. Louis, 1877-78, about which time his attention was forcibly directed to homoeopathy, through the serious illness of his wife, whose case refused to yield to the treatment either of his own eclectic or the allopathic school practitioners, but was subdued by homoeopathic treatment. He then became a careful student of Hahnemannâ€™s Organon and other works of the new school, with result in his complete conversion to homoeopathy, his resignation from the Eclectic Medical Association in 1879 and his appointment to the chair of Anatomy in the Homoeopathic Medical College of Missouri, which he held from 1881 until 1883, and Professor of Materia Medica from 1883 until 1888. Later on he was dean and professor of Materia Medica in the Post-Graduate School of Homoeopathics, Philadelphia, Pennsylvania; dean and professor of material medica in Dunham Medical College, Chicago; dean and professor of material medica inj Hering Medical College, Chicago; and in 1905 he held the same chair in Hahnemann Medical College, Chicago. Thus for more than thirty-five years Dr. Kent had been a conspicuous figure in medical circles, and for more than twenty-five years in teaching and practice under the law of similia; and he is looked upon as one of the ablest teachers and exponents of the homoeopathic school in America. His contributions to the literature of the profession are known by their strength rather than their length, and include, more prominently, his â€œRepertoryâ€, â€œHomoeopathic Philosophyâ€ and â€œLectures on Materia Medicaâ€. Among the various professional associations of which he was a member, the more prominent of them were the Illinois State Homoeopathic Medical Society, the American Institute of Homoeopathy and the International Hahnemanmnian Association, besides which he held a honorary corresponding membership in the British Homoeopathic Medical Society. Kent died, on June 6, 1916 at Stevensville, Montana. 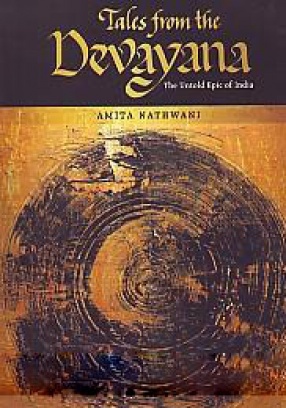 Tales from the Devayana: The Untold Epic of India