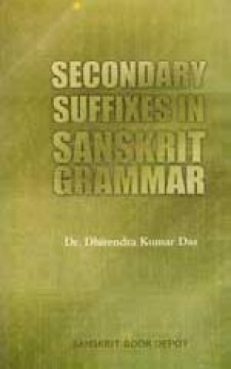 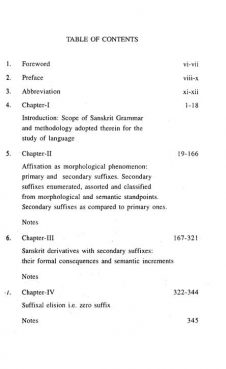 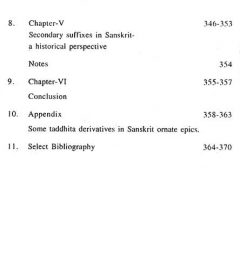 Affixation of secondary suffixes occupies a most important place among the schemes of word-integration in Sanskrit construed in terms of grammar. Interpreting words with this device is well-known to all. In each and every system of Sanskrit Grammar, treatment of derivatives with secondary suffixes constitutes a most important aspect of morphological study of the language. Grammarians of later ages discussed the subject thoroughly in terms of both morphology and semantics and philosophers of word and meaning from different schools joined fray. While post-Paninian systems have followed more or less Panini’s footsteps in treatment of secondary suffixes, development of the language with passage of time necessitated a review of age-old scheme from time to time. No school lagged behind in contributing to the study of various aspects of language including affixation. We have therefore taken post-Paninian schools too into consideration as far as possible and practicable in this book though Panini’s system is mainly followed. To have an idea of the relevant vast literature developed in course of a long history necessitates serious study of an accomplished scholar for years together. The present book in its humble scheme is divided into six chapters. Chapter-I deals with a brief account of the history of Sanskrit grammar, scope of Sanskrit grammar and methodology adopted therein for the study of language. Chapter-II is addressed to morphology and semanties of secondary suffixes and a comparison between secondary suffixes and primary ones. Besides, there is an attempt at comparing the Paninian scheme with the non-Paninian one in respect of interpretation of secondary suffixes. Chapter III is concerned with Sanskrit derivatives with secondary suffixes and their formal consequences and semantic increments. Chapter-IV searches out the treatment of secondary suffixal elision (i.e. Zero suffix) as envisaged in Paninian and non-Paninian systems. Chapter-V aims at a historical perspective of secondary suffixes tracing the origin of many of them to the Indo-European age. The final chapter (chapter-VI) presents a recapitulation of the major points arrived at and logical conclusion on their basis. 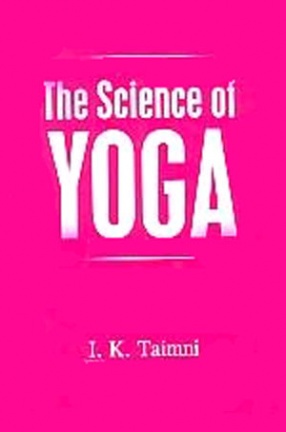 The Science of Yoga: The Yoga-Sutras of Patanjali In Sanskrit with Transliteration in Roman, Translation and Commentary in English 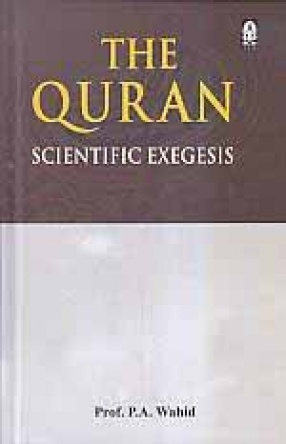