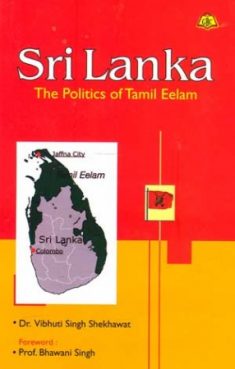 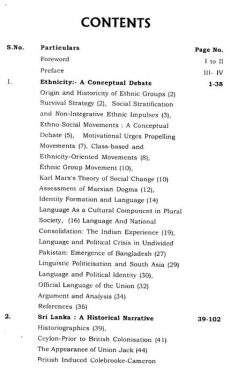 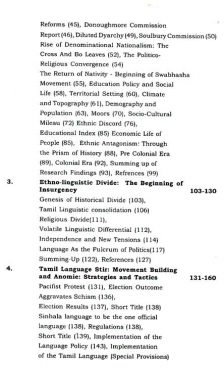 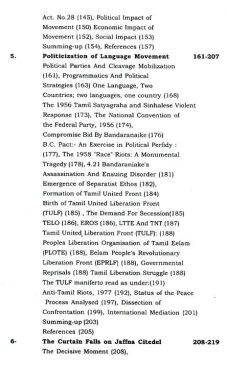 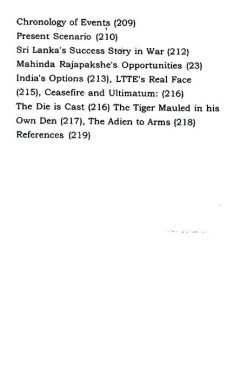 This book vividly narrates the events of Sri Lankan ethnic feud between Sinhala majority and Tamil minority and depicts the causes of this prolonged insurgency. Ethnolinguistic differentiation is the crucial causal factor of this conflict which impelled the Tamils to take to arms and demand an independent homeland, the Tamil Eelam. Both communities share the blame equally, one for being obdurately intolerable and the other for reacting with a sense of injured pride. Eventually it became an existential dilemma for both and a no-holds barred campaign of calumny and blame-game ensued which eventually culminated in a bloody strife accounting for a heavy toll of human life and loss of property. With insurgency having finally abated, it is time for both sides to indulge in deep delving to prevent the recurrence of this tragic saga. Hopefully both sides have learnt their bitter lessons and would act cautiously in future. Accommodation and adjustments are the sure recipies of preventing the vivisection of island nations.

ABOUT THE AUTHOR Vibhuti Singh Shekhawat

Dr. Vibhuti Singh Shekhawat did his B.A. Honours, M.A. and M. Phil from Rajasthan University, Jaipur.  He did his M.B.A. from IGNOU, New Delhi.  Even as a student, he had the distinction of contributing articles in recognized scholarly journals and as of now he was written about a dozen articles, authored four books viz. (1) The Supreme Court and Judicial Independence. (2) Assam: From Accord to ULFa and (3) Politics of Sub-Nationalism and Separatism in Indiaâ€™s North East (An edited Volume).  He is a member of Indian Political Science Association and has submitted papers in several conferences and seminars.  Currently he is serving as a Reader and Head of humanities and Social Sciences Department in Malviya National Institute of Technology (Deemed University), Jaipur.  He is widely traveled and has lectured at several academic institutions in India. 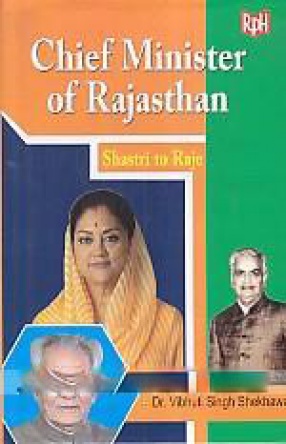 Chief Ministers of Rajasthan: From Shastri to Raje 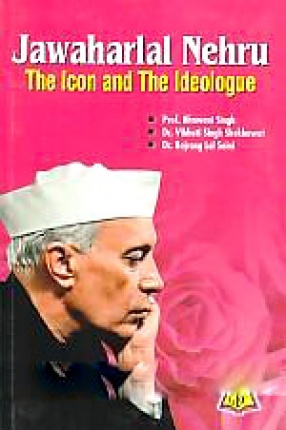 Jawaharlal Nehru: The Icon and the Ideologue 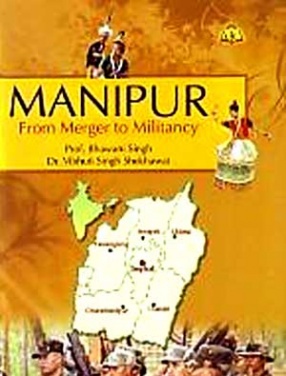 Manipur: From Merger to Militancy

Aspects of Cultural History of Sikkim: Studies in Coinage 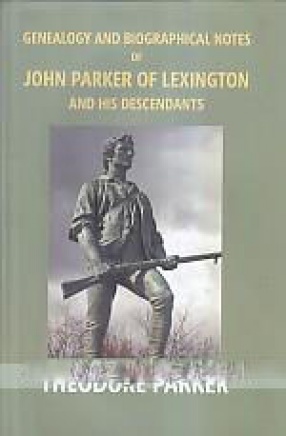 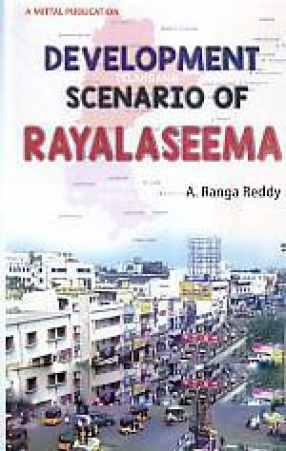