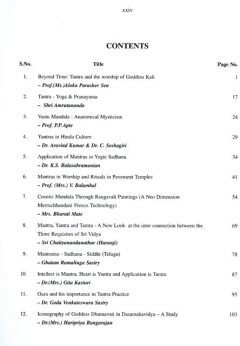 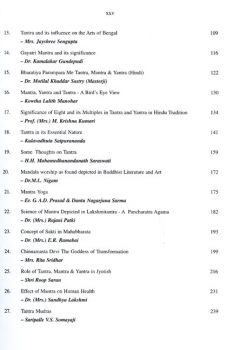 These terms are quite commonly used and heard terms in our day to day life. A few years back Birla Archaeological & Cultural Research Institute has organized a seminar on 'Tantrism'. The aim of that seminar was to ward off the wrong impression about tantra from the minds of common people and to say that tantra is nothing to do with black magic or similar activities. In fact all the three inter-related with each other. In one sense, tantra is nothing but doing anything in the right manner, that is right way of doing things.

ABOUT THE AUTHOR Haripriya Rangarajan

Dr. (Mrs.) Haripriya Rangarajan obtained her Ph.D. degree in Indian Culture from the Gujarat University in 1987. She specialized in the iconography of Vishnu and has contributed articles to academic journals, national seminars and popular magazines. Her doctoral thesis was published in 1990 under the title Spread of Vaishnavism in Gujarat upto 1600 A.D. (A study with Special Reference to the Iconic forms of Vishnu). Her book on Ramanuja Sampradaya in Gujarat: A Historical Perspective was published in 1996. Her third work entitled Varaha Images in Madhya Pradesh â€“ An Iconographic Study was published in 1997 and the Asiatic society of Bombay has awarded the Silver Medal for this work in 1998. she is a recipient of Indian council of Historical Studies fellowship for her research studies. She is keen in organizing and participating in the academic activities. She has organized several seminars and workshops in close association with well-known museums and research institutions.

ABOUT THE AUTHOR Kamalakar Gundepudi

Dr. Kamalakar Gundepudi obtained his Master’s Degree in 1975 from Andhra University and Ph.D. in 1985 from Nagarjuna Univerity.  He is with Birla Archaeological & Cultural Research Institute (BACRI) Hyderabad since 1978.  He did his P.G. Diploma in Museology from Osmania University in 1995 and is the recipient of Salar Jung Gold Medal for that year.  From the same University he obtained his P.G Diploma in Arvichal Scienec & Manuscriptology in the year 1999.  He is recognized supervisor for guiding Ph.D. students in the field of Archaeology and allied subjects and examiner for Post Graduate and Doctoral examinations for many Universities.  To his credit he has organized several Publications apart from several research articles on Archaeology and Conservation.  He had participated and directed several excavations since 1978 which include Veerapuram, Vaddamanu, Garapadu, Pudur etc.  He has also participated in Under-Water explorations off Arabian Sea at Dwarka and Betdwaraka under-taken by National Institute of Oceanography (Goa) in collaboration with BACRI.

ABOUT THE AUTHOR Rita Sridhar

Mrs Rita Sridhar obtained her Post Graduate Degree in Linguistics in 1977 with a Gold Medal from Delhi University and a Bachelor’s Degree in Education in 1988.  She started her career as a banker, and has since been a teacher and social worker.  She loves teaching, particularly Mathematics to students who have a fear of the subject, and has been a visiting faculty and consultant to a number of educational institutes. 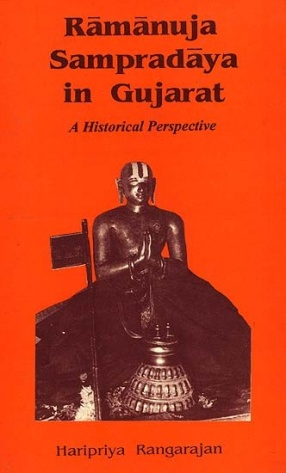 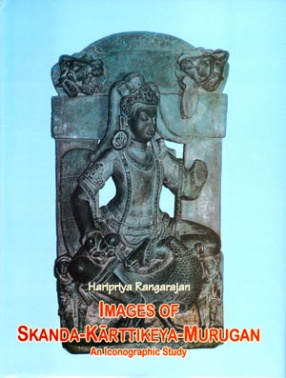 Images of Skanda-Karttikeya-Murugan: An Iconographic Study 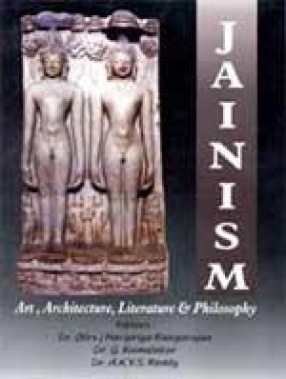 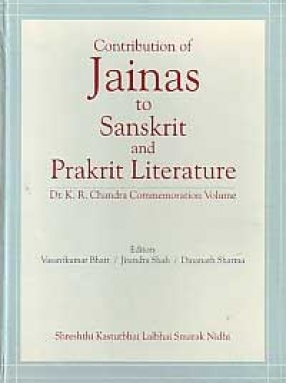 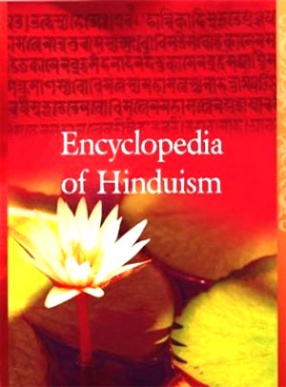 Encyclopedia of Hinduism (In 11 Volumes)

An Introduction to Buddhist Esoterism